Last week the result of a trial, five young men accused of gang rape of a young girl, was made public. The gang rape happened on an amusement cruise for students between Sweden and Finland. The girl followed a man into a cabin, another man then posted himself outside the door letting some young men in while rejecting others. The girl remained in the cabin for an hour, according to the surveillance cameras in the corridor. While she was still in the cabin, her friends came to search for her. The young man posted outside the door told her friends that she had already left. When she could leave, she went to the police to report being raped by several men.

The court’s decision was: NOT GUILTY OF SEXUAL ASSAULT AND RAPE. One of the young men even escaped accusations, since he was a minor. Mistakes were made by the officials responsible for taking the girl’s statement and doing the medical examination. Because of that the physical evidences were considered inconclusive. The court motivates the verdict by referring to the low levels of alcohol in her blood, stating that she could have left if she had wanted to. When she finally did, her appearance on the surveillance tape was not showing her devastated enough to be considered a rape victim. At the moment many experts of Swedish law pat the court’s members on the back and embrace the correctness of the verdict.

A young man who finds pleasure in having sex with a woman in front of his friends, has some kind of fundamental disturbance in his mental and emotional make up. It is no longer a human being he is looking at or is using. If the empathy is developed in a person, there is an understanding that his actions have physical, emotional and mental consequences on those who are subject to his actions. (Within neurology a lot of research has been done and knowledge gained about how empathy works and about the special mirror neurons that help us feel the pain and discomfort, as well as the joy, in someone else. It is something well worth  exploring if you are interested in the human psyche). To lure a woman into a room, inviting other men to come and have sex with her while watching, posting someone at the door as guard clearly shows that something is missing. The safety mechanism preventing someone from cruelty, sadism and domination is out of order.

These disturbed young men, considered free of guilt, will not be monitored, will not get help to find the reasons for their behaviour. (And there always ARE reasons to why people do what they do). At some point in their young lives something went very wrong inside of them. That wrong will, if left unattended and free to develop in any direction it pleases, be a danger for everyone around The nightmare scenario would be that they, in a couple of years time, can be found in positions where they have access to other vulnerable people in our society. People who cannot fight for their safety and security by themselves (children, teenagers, mentally challenged, handicapped, elderly, people suffering from dementia etc). When a future employer will check their references nothing will be there, since they were not convicted.

And that poor young woman… I have great difficulty to believe that this was a scenario she wanted out of free will. At her age it seems unlikely that she has such an “acquired taste” for sexual plays, that she dreamt of being in a dark room, where unknown men  would enter the room to have sex with her, one after another. If that was the case, why on earth would she go to the police, knowing that her chance to see justice on her side would be very slim and the risk for her of being judged in public very probable?

Is it easy for a young girl to walk out of a room full of men she doesn’t know under the conditions described above? Is it easy to just say: – Sorry guys! I do not feel up to it right now. Todeloo! What passed through her head during the time in that cabin, on a boat in the middle of the Baltic sea? 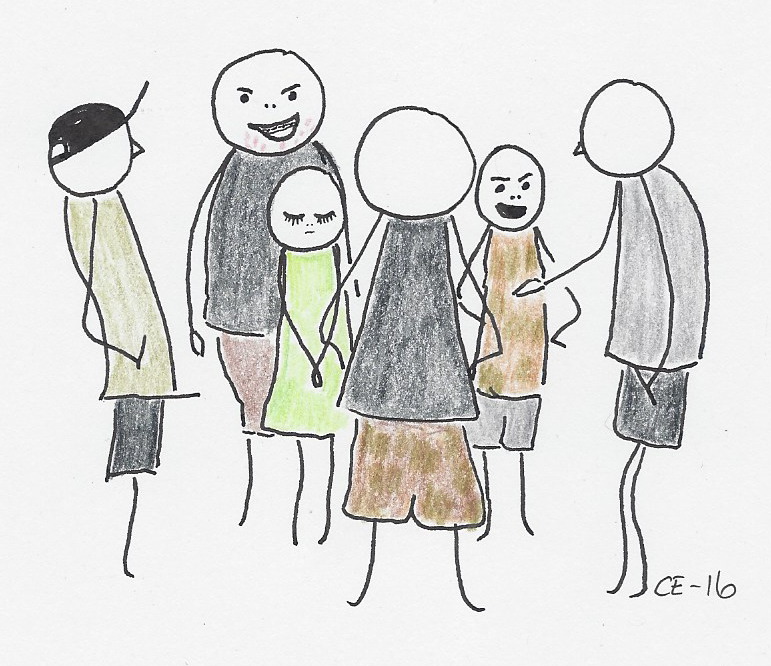 My experience from working with body therapy and from all the private conversations I have had over the years with people, of both genders, has given me very sad knowledge about what it is like to be this kind of victim. Being sexually abused, molested, raped is the worst thing that can happen to a person. It is the most difficult thing to heal. Such an experience goes all the way into the core and destroys the self, the trust in life, the trust in kindness and love. The wounded person needs help, support, healing from the outside, and a tremendous courage on the inside to face what happened. No wonder rape is used as a systematic technique in warfare. It cripples a person and alienate  her or him from the rest of the world. Even if it will mend on the outside, the inside will always be affected. Every decision will be filtered through risks, through fears and many times through the feeling of unworthiness.

We live in a sick world where the female body so often is percieved as a slab of meat or a piece of property, both in media and in the eyes of many men.  Something to devour, use and exploit. Even if many voices are raised, by both women and men, to point out this mad perspective on half of the human race, in most cultures a woman is not seen first and foremost as an equal individual. She is often just an object of better or poorer quality due to her physical attributes. A beautifully marbled entrecôte that gives high status or something less tasty to frown at. 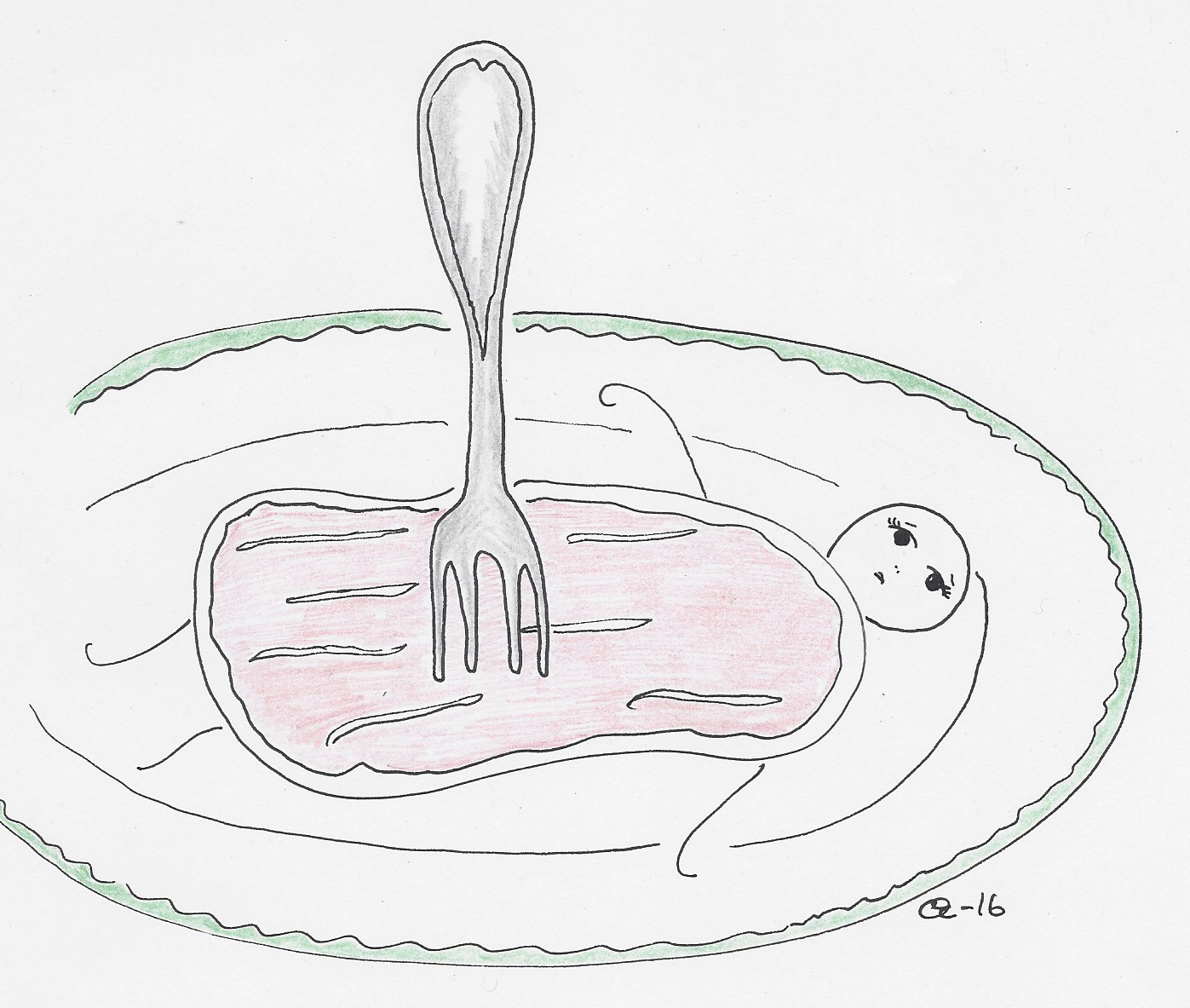 If half the population is less valuable, the concern for their security is of lesser importance (and I could continue to write page after page about this, but I am sure you get what I mean anyway), all kinds of divisions based on suspcious values can slip through unnoticed. In our reality, I dare say, that we are well aware of the odd, subjective divisions of more and less valuable groups of society.

In that respect at least all women in Sweden have the same value, legally. If they are stupid enough to leave the house at all, stupid enough to wear other clothes than those of an astronaut, immoral enough to search for a partner, they are to blame themselves if something goes wrong!

Sadly we have to accept that there will always be violent, sadistic and sociopathic individuals, and equally sad is the fact that innocent people will become their victims. In Sweden many of the victims of sexual violence and rape are betrayed twice. First they are the prey of an emotionally disturbed and destructive person, then a second time by the Swedish legal system, behaving the same way! Handled with lack of empathy and humanity the victims become the one accused of lying, accused of exaggaring, being blamed, being publicly exposed and tormented. The perpetrators get ridiculously short prison sentences, if they are convicted at all. Often they are released long before the sentence is over. This is done systematically.

This young woman is abandoned by the society she belongs to. Her value as a human being, the value of her life is sacrificed on the altar of stupidity, carelessness and outdated laws.

I usually choose topics to write about  which make us grow, expand and become happier and lighter in our lives, but this story is such an abomination to hear, so I decided do the opposite for once. Something has to be done to relieve the already badly hurt from the extra burden of being treated with such lack of empathy and respect. Sweden is unfortunately not unique.

To all women, children and men out there who are suffering: It’s not your fault that someone treated you with such cruelty, it has nothing to do with your value, it is not you who did something wrong!

I felt a need to express how upset and horrified I am, how deeply ashamed I am of my country’s legal system – again!