A while ago a dear friend of mine suggested that we should do a little experiment. She gave me an envelope with an item I never had seen or heard of before, and asked me to tune in to the information it was emitting. The next time we met we could  “compare notes”.

It took me some time before I could make myself sit down and open the envelope because it made me sad. When I finally did, I found a ring made from jade.

When I held it in my hand and focused on it, a number of impressions came to me, subtle at first but as the minutes passed it became clearer and stronger.

This is the way my intuition works. I get a piece of information that remains in me until I have understood it, then it subsides and the next piece of information begins to manifest. It shifts between visceral sensations in my body, emotions, pictures I see in my mind and sometimes words and statements. With time I have learnt to be patient and trust the process, not trying to feel something, just waiting for the information to come forward by itself. 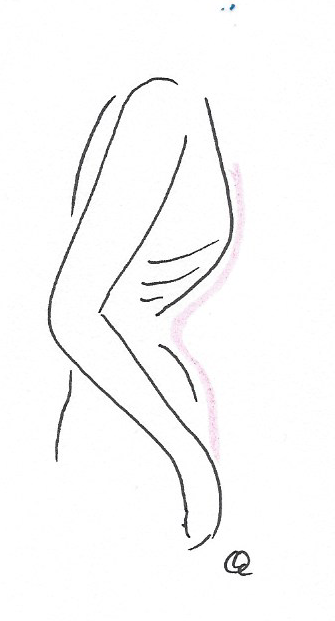 The first impression was that I didn’t have a belly. The entire diaphragm was empty. Either the intestines were “gone” or the person I connected with were so emaciated that the skin was glued to the front of the spine.

The second impression was a feeling of the spine being stretched out, while the head was bent forward, with what felt like a breach on the right side of the neck. This sensation came together with a picture of a human back and a muscular feeling in my own back of every muscle being stretched beyond its limit. A lump of sadness in the throat. 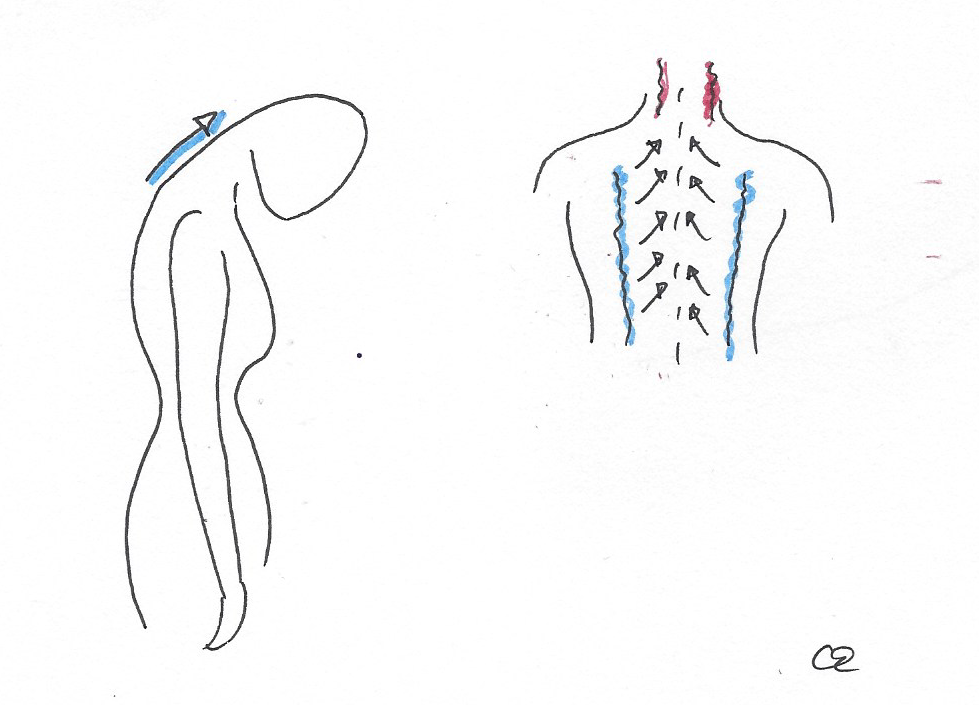 Oh my God! Has this person hung themselves? Or been hung by somebody else? My judgement and unease started to take over. I allowed that feeling to sink away before I continued.

The head felt like it had been lifted so much so it carried the weight of the body.

On the upper back I could sense certain acupuncture-points surface on the bladder meridian, which travels vertically down the backside of the body. From experience I know these signal emotions – grief, emotional pain, lack of joy, and an inability to digest what one is experiencing.

There there were no emotions present – they were only presented to me as abstract ideas. I felt gloomy but without aggression, sadness or despair and over floated an emotional emptiness.

When I held the ring in my hand my skin felt “prickly” where it lay in my palm, as if it gave of electrical impulses. It felt very unpleasant.

Even if it was so tiny, and obviously made to be worn by a woman, it had a male energy.

The last bodily impression that I sensed was being forced down to the ground, into submission. My intuition told me that this could either be a very literal energy connected to the ring or more symbolic. The feeling of being forced against the one’s will.

What I found the most odd in the entire experience was the lack of emotions surrounding it, only an intellectual knowing of them being there. The ring felt closed, heavy and eery. When I asked for an explanation an image appeared, a person standing behind an isolated glass-wall. I could see and understand that the person was screaming from the top of their lungs but I couldn’t hear anything.

I must confess that I felt a little shaken by all of this, and I understood why I had forgotten about it time after time. When I met my friend I told her about my experience and asked her, that even if we would find out that everything I had picked up was wrong, never to wear it again.

She looked sad and told me the story about how she had gotten it. She went travelling the world with her boyfriend and made a stop in Burma to see a friend who worked there. In Burma she had suffered from real cultural shock, because the everyday life she witnessed there was somehow incomprehensible to her.

she had bought the ring at an artisan market, from a Kayan woman. The Kayans is an indigenous people where the women wear brass rings around their necks and with time get unnaturally long necks. This ring initially had a partner. She had worn them together for many years until the other one had broken a couple of years ago. After that she didn’t want to wear the remaining one (which made me sigh with relief!!!!) because it felt so lonely and I think she used the word spooky.

Even if we will never know for sure what was connected to this item, there was still a lot of the information which I got confirmed. Burma is a country that has been isolated for many years, where many have lived in fear, probably have felt abandoned by the rest of the world and their cries for help have been unheard. The indigenous people there has suffered greatly, as have all the ancient cultures in our world. Society has tried to force them to adapt to their demands and obligations – often in very brutal ways. They have been chased way from their land, many forbidden to express their religious beliefs, forbidden to speak their language, and many have suffered in a ways we cannot even imagine.

I had the “opportunity” to feel that pain the women probably feel in their spines and muscles in the process of elongating their necks. There were probably a breach somewhere on the skeletal structure that I picked up.

The masculine energy that I sensed might have come from the fact that it maybe was the male ring that was the one left behind when the other one broke.

Do you wonder why I share this experience in such great detail? I want to share with you what an intuitive process can look like, and I also want to make you aware of how every item we have around us carries a vibration. That vibration affects us. Whether we are trained to listen to the “vibes” or not, we pick them up. Everyone of us has been gifted with this exquisite talent called intuition, which helps us navigate in our world. We might not trust it, we might not listen to it – but it is there ready to be discovered and to be of help to us.

An other little story about the energy things give off happened ten years ago. I had the wonderful opportunity to go to Peru with one of the wisest teachers and shamans I ever met. We travelled around in the country and in one little town and she took me to an antiquity store for sorcerers (it sounds like something from Harry Potter – but it is actually true!!!). Before entering the store she stared at me with fiery eyes and said:

– You do not touch ANYTHING! Do you understand that?! You do not trust your intuition yet and therefore you cannot discern what kind of magic have been imbued in these things. Keep your hands behind your back, girl! 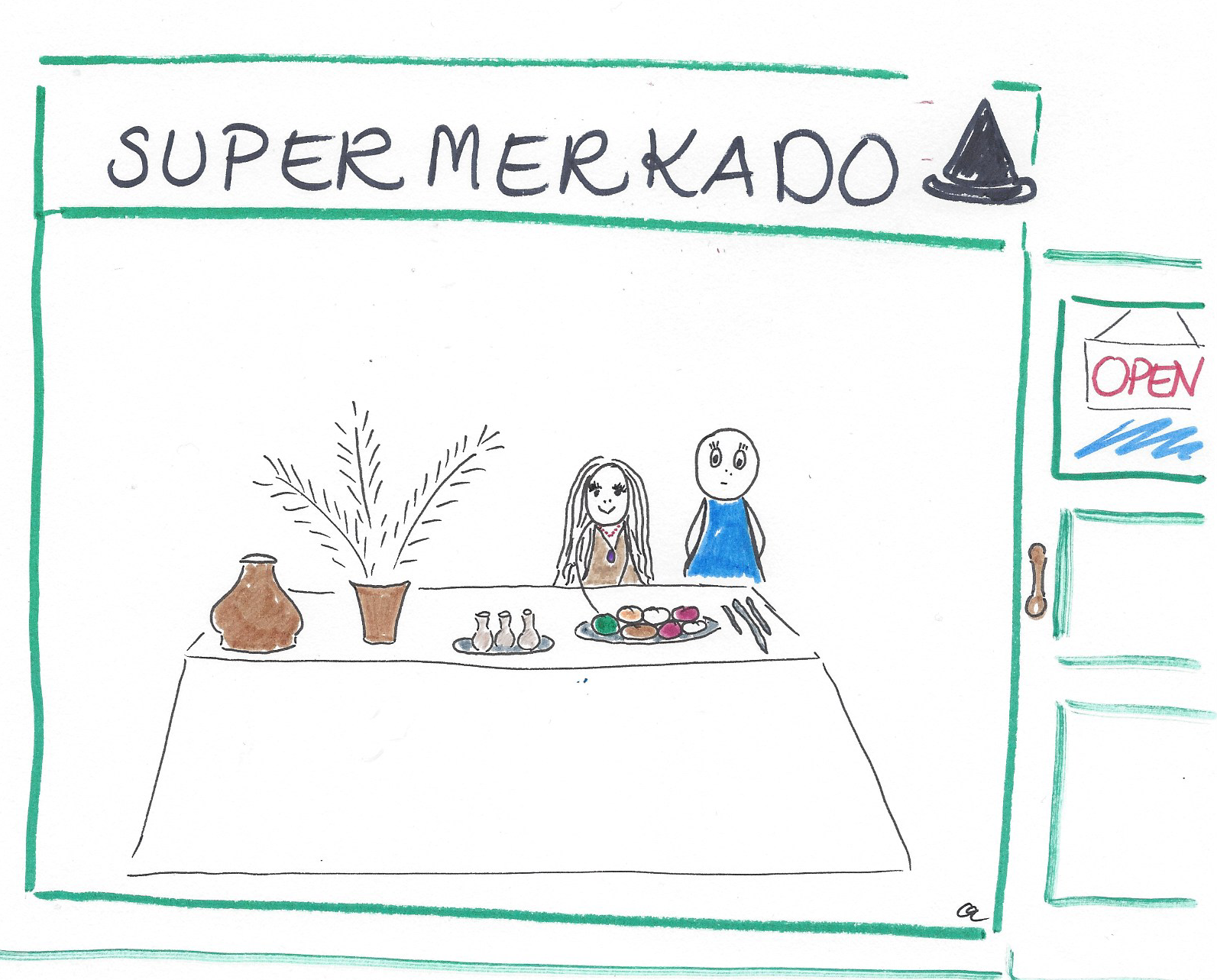 And I assure you, that was what I did! I do not know if the danger was as great as I perceived it – maybe, maybe not. I saw enough weird things during that trip so it would not surprise me if it was. And yet, it doesn’t really matter – she gave me a beautiful lesson about trust that day, also in humility and respect for what we do not understand. Her words have stayed with me ever since and pushed me to learn more about my intuitive abilities.

I invite that you to give some extra attention to what you feel about the things that surrounds you, the places you find yourself at, the people you meet etc. It is like training a muscle – it get stronger and clearer the more work you do with it. And play with it – it isn’t likely that most of you are going to stumble on a sorcerers supermarket and be in grave danger without knowing about it. And if you do, before you have learnt enough – keep your hands behind your back!!!!